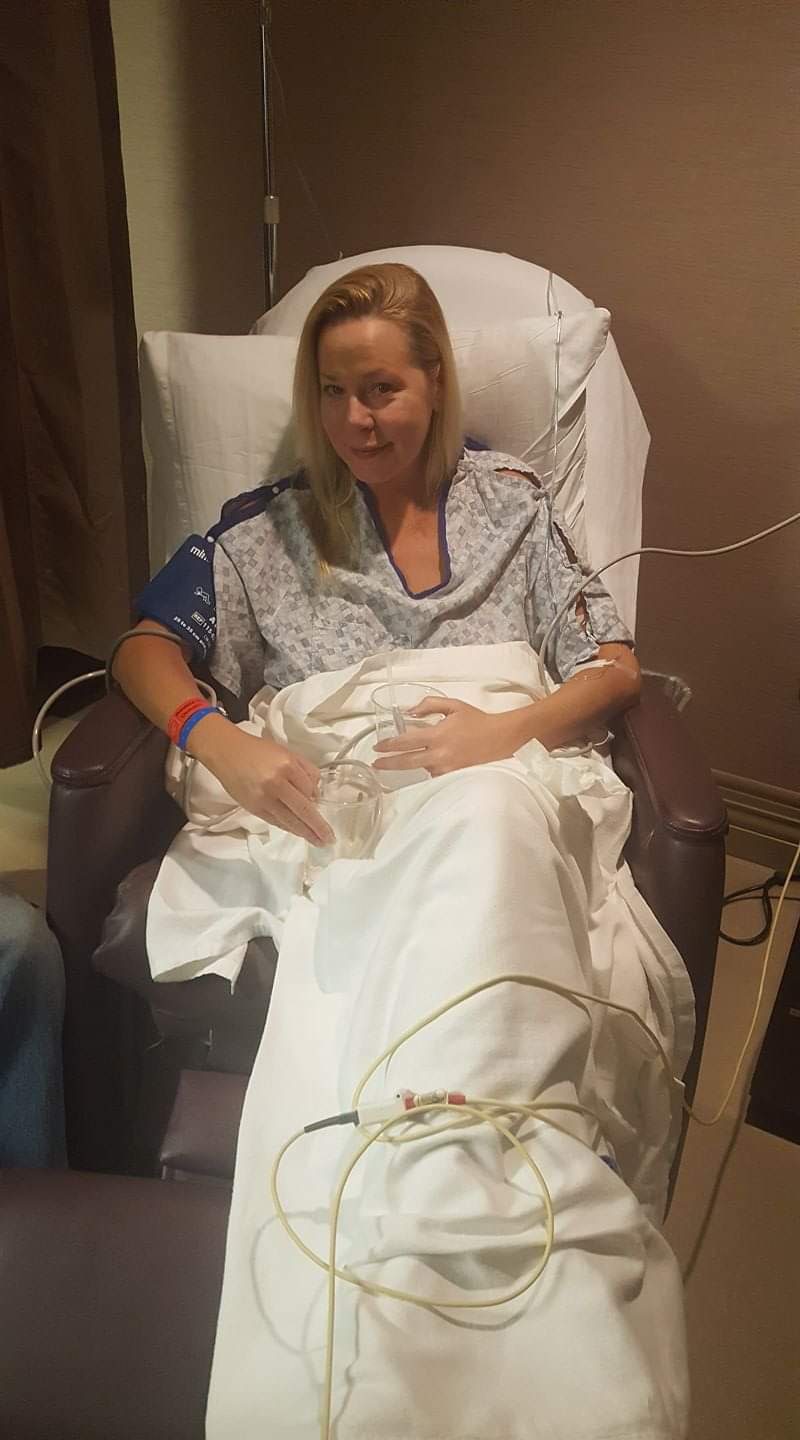 The first of my major surgeries happened one year ago today. I had been diagnosed with mouth cancer January 8, 2018 after screaming to doctors for 6 months that I had it. They claimed I didn’t have it one week prior after a ct scan with contour. 3 appointments, all negative for cancer until I was in Mexico telling the doctors I had it and wanted a biopsy. I came home from vacation on the 7th, my appointment was the 8th. Even that P.A. said there was nothing they could do. I burst into tears and begged for a biopsy!

Relief flooded me, and that afternoon I received the call. Stage 4 squama cell carcinoma. I tell this story, and will reiterate it! I had to scream at receptionist, cry to doctors, and threaten to seek treatment in Mexico. Be your own advocate, don’t take no for answer. They wanted that appointment to be in April, NO! After that appointment to this day one year ago, the cancer spread another inch and a half down my jaw. I was told it was slow moving.

Following this surgery was 7 weeks of chemotherapy and radiation. The most aggressive treatment they could give. Weeks of hell, but I write this today cancer free!