I know part of Dad’s concern was a girl, his Stepdaughter, being on a boat with a bunch of guys, and I tried not to get up and go on deck, I swear I tried. I listened to waves slapping the hull wishing for the peaceful slumber I usually get from it. I have always loved being at sea. After my Father was killed, I spent my summers in Philadelphia, and on the Chesapeake Bay sailing. The best nights of sleep I ever had were on the Ocean. All my nightmares seemed to disappear, but I couldn’t shake my novice nerves that night.

I watched the black sea pass by, the stars visible above, and the diamonds dancing on the velvet as far as the eye could see. The deck was lit up for those, like me, anxious to fish, unlike me, seasick, or using the head. I didn’t stay on deck long, I went back down so Mickey wouldn’t check on me and worry, and before long I caught the whiff of bacon above. I slapped on my shoes, not boots, those would come later, and popped into the galley’s sizzle. Bear grumbled/greeted me as I poured a cup of coffee.

The deckhands came up from the bow bunks, grabbed coffee, and put trolling rods in the water. Probably ten anglers were up already, and I shied away from being the first one on the rod. Trolling is very simple on a “cattle boat.” (A term for a boat anyone can buy a ticket on, not a charter where a group rents the whole boat.) Four rods are hung behind a boat, dangling from the rail. The rods are around 6 feet long. And the large reels have 80 to 100 pound test line on them. 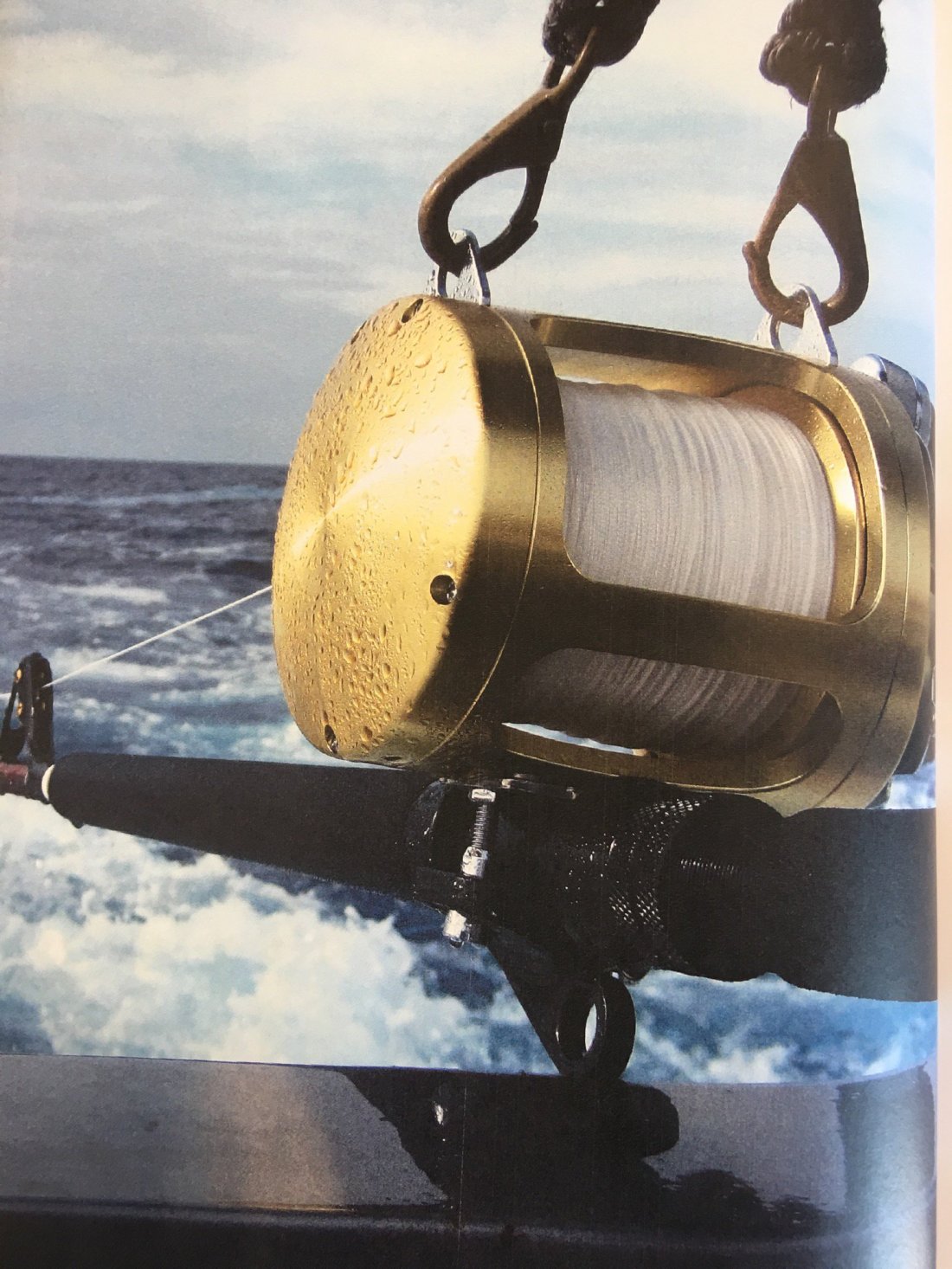 When you sign in the night before you are given a number. This serves multiple tasks including your gunney sack where your fish will go, your galley tab, filet number, and your trolling number. Before all the anglers are awake random people volunteer for the job. Some people will not troll at all and here’s why. When the troll rod gets bit your responsibility is to yell at the top of your lungs, “HOOK UP!” The Captain stops the boat, the anglers go into mass hysteria, crawling over each other to get their rods, get a bait, and get it to the school of fish that is hopefully following that troll fish. The other 3 trollers have to wind in the boat rods, put them away, and are far behind the other anglers getting their bait in the water. The good baits are already taken, and the deckhand on the tank is throwing bait into the chum line. Again, trying to keep that school coming to the boat as it sets into a drift. (Sometimes more than one person gets bit on the troll, but it’s not typical. ) The angler who has the fish on wants to get it to the boat as quickly as possible, because troll fish don’t count in the jackpot. He/she wants to get their line in too.

Here’s why I like to troll. Many days I’ve been out where the only fish caught on the boat were on the troll. I pay attention to the gear, when many walk away. It’s crucial to get the troll fish to the boat as quickly as possible. Frankly, it is the obligation of each angler to take their turn for the good of all. Everyone pays the same amount of money, GET ON IT!

In my new place, after cancer, I would have jumped right in. I just did it ziplining in Belize. Others had experience, but I wanted to go first! In this case, I thought it better to observe, but I knew one thing for sure, I had already fallen in love with fishing!