PETA just shot a BEAUTIFUL black cat because she “growled” at them while they were stalking her. They were attempting to take the wild cat alive. WHY were you shooting her with a bullet?

Now they are hunting her babies? WTF? I’m adding the news stories so that there is NO ambiguity!

Fish and Game are left scratching their heads after a rancher spotted this dog sized jet black cat on his ranch. Experts have been puzzled as to what exactly this creature is and where it comes from.

The measurements taken from the scene put this cat at around 24.9 inches tall, with paw prints the size of a lab. The rancher said, “I tried to capture the cat alive but it was faster than anything I have seen, that thing must run off speed goat fuel (antelope), I ain’t never seen or heard of anything like this, must be one of them high breads.”

Fish and Game along with biologists, third party trackers and local farmers have setup live traps, along with other methods of scouring the area it was last seen in but with no luck. If you see this cat anywhere you are urged to call your local fish and game at 307-867-5309 with an exact description of the location.”

The strange looking large mystery cat spotted on a ranch yesterday, that sparked a huge search party, was captured and put down by a 35 member PETA crew early this morning.

The groups intentions were to rescue the cat, but after it growled at one of its members, they perceived it as a dangerous species and put it down, to prevent any attacks on the public. The cat has been handed over to state biologists for testing and a full report should be brought forward in 3 to 6 weeks.

Fish and Game rangers said whatever it is, appeared to look like an adult female, possibly looking after 3 to 4 yearling cats and there measurements were spot on, the cat was actually slightly larger than their estimates. PETA says it’s going to track down the rest of the young cats as well, they also stand by their actions on handling the situation and is asking people to continue to donate, so these recovery missions can be possible.

The meat of the animal is being donated to a local homeless shelter.

For full photos of the scene, head over to: http://www.infinitysnews.com&#8221; 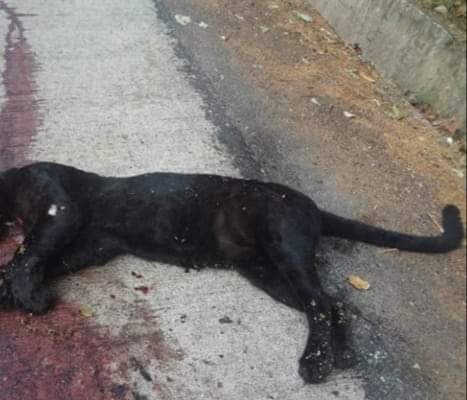 Are you donating the meat or did you turn her over to the Rangers? You pieces of shit! All of you should go to jail for poaching! All they did was hunt a mountain lion with rare coloring. NOTICE I didn’t say an endangered species? When a hunter harvests an albino deer the human population of self righteous liberals accuse them of killing a unicorn. 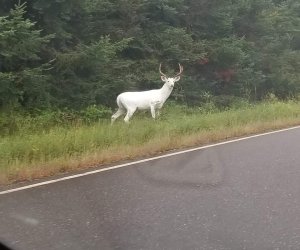 Personally, I want to hunt an elk and catch a tuna. They are YUMMY! I eat what I kill. However, I’m now called a terrorist for being affiliated with a group dedicated to responsible gun ownership. WOW!

I’m sure you are right. My guns leave the safe and commit horrific atrocities while I sleep.

I HATE the gun violence in today’s society! However, I KNOW that taking all of them away will never stop a dedicated mass murderer or REAL terrorist. (Unless you have a pencil 🙄 pencils seem to stop gun violence and mass murders.)

Just another example of hypocrisy!

One thought on “Animal rights…”